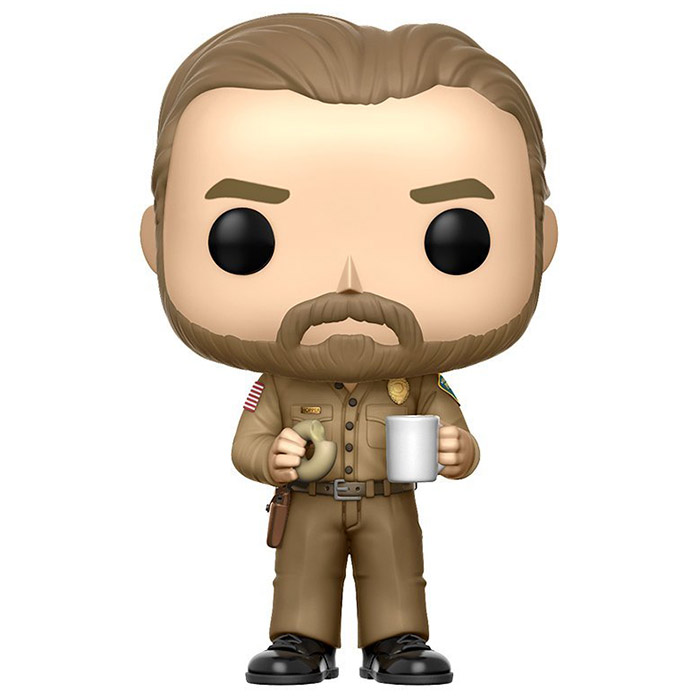 Hopper is the sheriff of the small town of Hawkins, USA in the Netflix series Stranger Things. The man enjoys living in a quiet little town where nothing much ever happens until the strange disappearance of young Will. While he initially favors the runaway or kidnapping lead by his father not living with the family, Hopper slowly begins to realize that the young boy’s disappearance is more disturbing than it seems. Things accelerate when his search turns to Hawkins Labs, where there seems to be more than a little trouble. Apparently a bit of an alcoholic and at first seeming not to give much importance to his job, Hopper will soon become very involved in this investigation, especially since it cannot help but remind him of the death of his own daughter, who died of a serious illness a few years earlier. 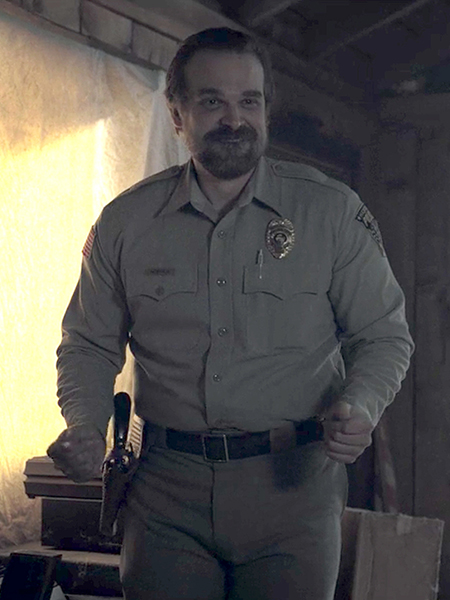 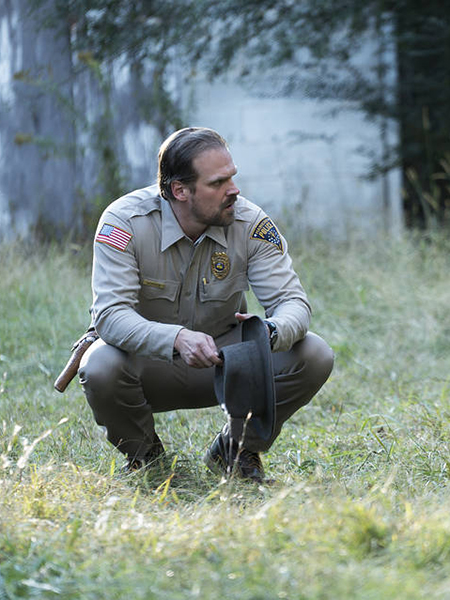 Hopper without his hat

For this chase version of the Hopper figure, Funko decided to represent him without his sheriff hat. He still wears his official brown sheriff’s outfit consisting of pants and a shirt with the US flag, the sheriff’s badge and the city badge. He wears big black boots and his gun is attached to his belt. In his hands, he holds a coffee mug and in the other a donut. Finally, on the face, we can see his goatee and his beard as well as his light brown hair pulled back. 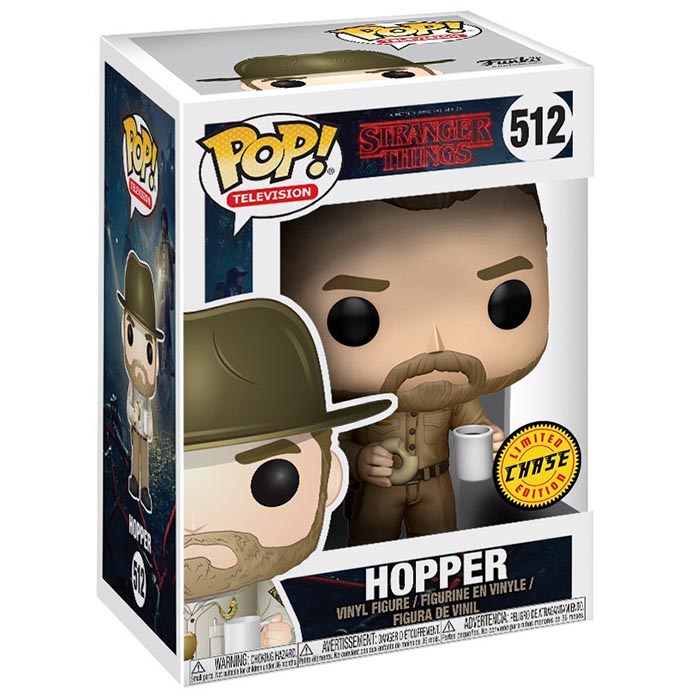