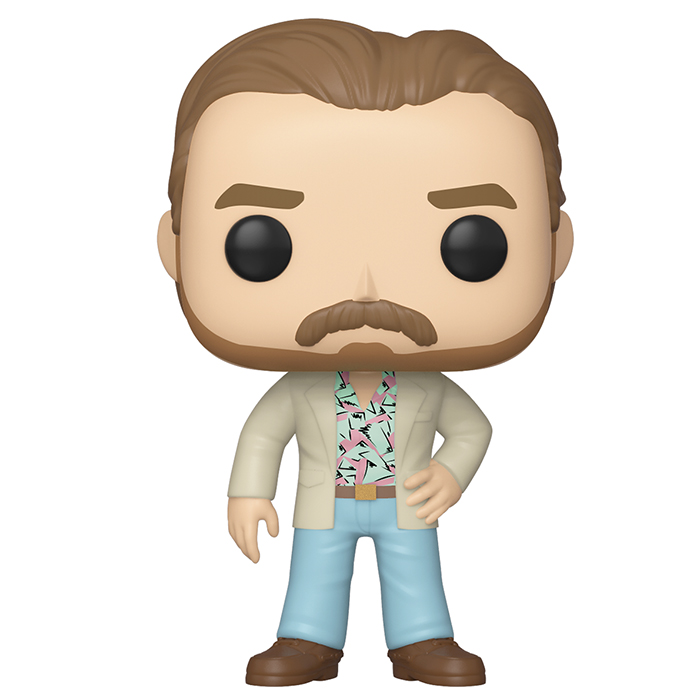 Hopper is the sheriff of the small town of Hawkins in the famous fantasy series Stranger Things set in the 1980s. In the first season, at first, he’s not going to take Will’s disappearance very seriously, thinking it was just a runaway. But when he starts finding strange things around the Hawkins Lab near the road the boy normally took, he starts to investigate more seriously until his investigation intersects with Will’s friends and mother. Hopper has a sad past as his daughter died of a serious illness and so he will become very attached to this group of children, especially Eleven, who grew up in the labs and is the one who unwillingly opened the passage to the parallel dimension of the Upside Down. In season two, he had taken her in when everyone thought she was dead and hid her in his house in the forest so that the men still looking for her wouldn’t find her. In season three, Eleven has become his adopted daughter and is enjoying her first summer with her friends and Hopper thinks he can finally relax now that it’s all over. But it looks like the threat of the Upside Down has not ended for the little group and Hopper is going to have to go back to the drawing board. 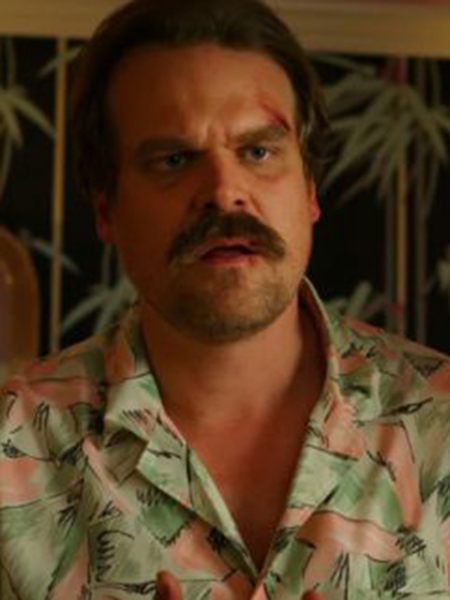 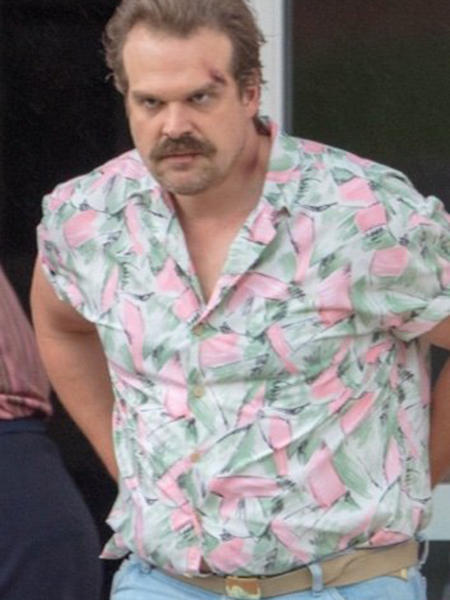 For this new version of Hopper, Funko has represented him with the somewhat elegant outfit he wears when he goes out to dinner. Obviously this one is 80’s fashion and we find a light blue jean with brown boots and a well fitted shirt open on the chest with a very bright and colorful pattern. With that, he also wears a well-fitted beige jacket. On the head, he wears his hair back and his beard has grown a bit more than the previous season. Of course, he still wears his moustache as was the fashion of the time. 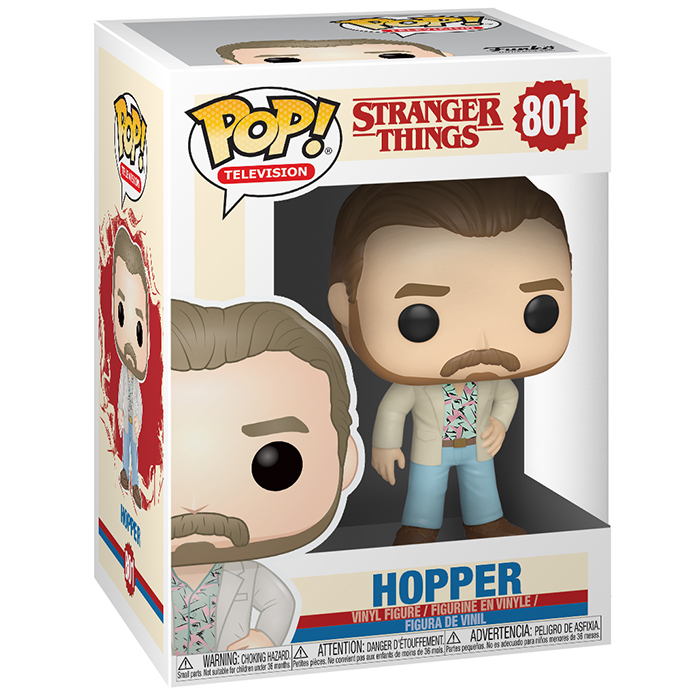