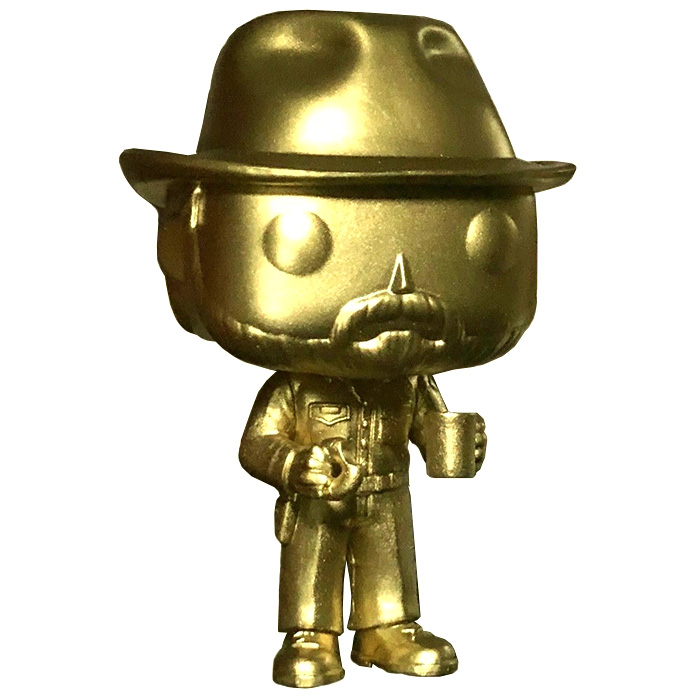 A policeman who can handle it

Hopper is the police chief of the small town of Hawkins in the series Stranger Things. At the beginning of this series set in the 1980s, young Will Byers disappears under strange circumstances. While the police initially think it’s just a runaway, his mother and friends know something strange is going on. After noticing strange activity in the lab near where Will disappeared, Hopper begins to agree with them. From there, he will work tirelessly to uncover the truth and find the young boy safe and sound. At first, Hopper is a disillusioned and sad man after losing his daughter to a serious illness and seeing his marriage fall apart soon after. He is a little overwhelmed by something so serious happening in his small town but he will soon rise to the occasion and what he discovers will change his life. 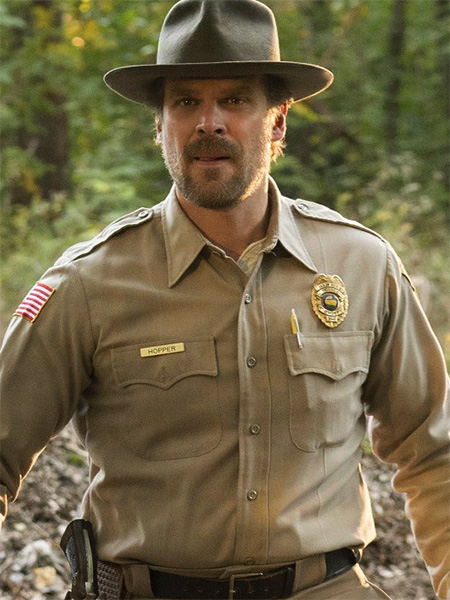 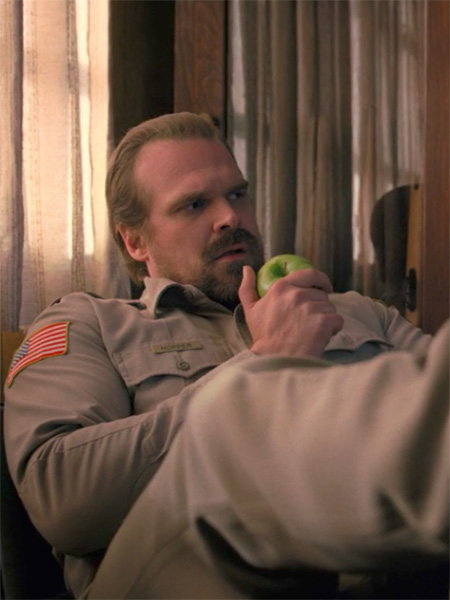 For this very exclusive figure at the 2018 Comic Con, Funko represented Hopper in an all-gold version. You can still see that he is wearing his police outfit consisting of pants, big work boots, a shirt on which you can see his sheriff’s badge as well as his matching hat. On his head, he is also wearing his typical 80’s beard and moustache. Finally, he is holding a coffee cup and a donut in his hand. 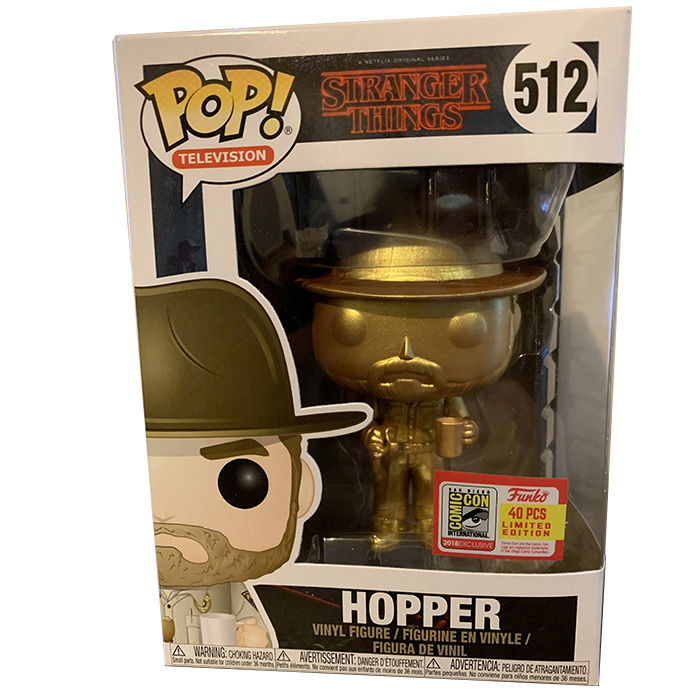