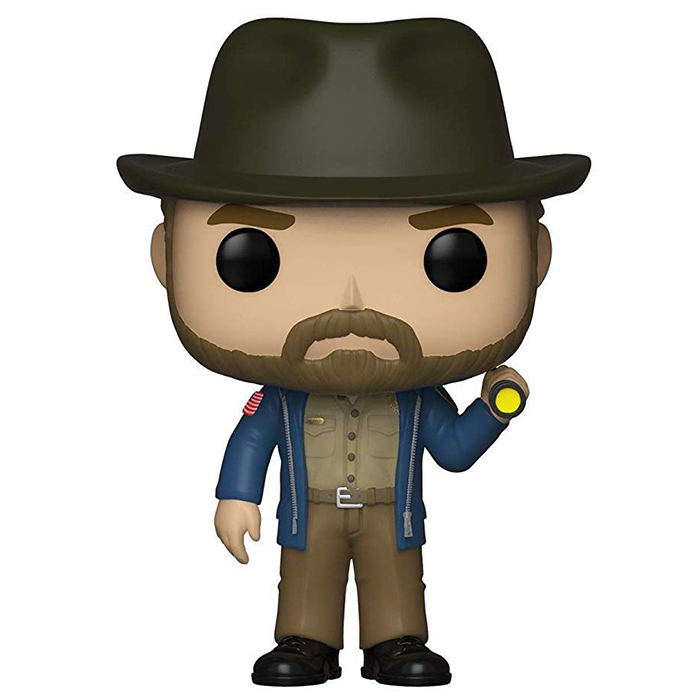 Hopper is the police chief of the small town of Hawkins in the series Stranger Things. At the beginning of the series, he is rather disillusioned and even depressed, following his divorce stemming from the tragic death of his young daughter. And when young Will goes missing, he initially thinks of a simple runaway. But when the clues pointing to the more than disturbing activities of the Hawkins Lab make him think that the story could be more complicated than that, Hopper starts to get much more involved in the investigation. At the end of season one, he and Joyce, Will’s mother, enter the parallel dimension where young Will was taken, and bring him back safely. At the beginning of season two, Hopper took in the young Eleven who had been raised in this laboratory and whose telekinetic powers opened the passage to the parallel world. Since everyone thinks she is dead, he decides to hide her in a house in the forest so that the people still looking for her won’t find her. A year later, the parallel dimension of the Upside Down begins to reopen and Hopper must once again investigate to protect his town and those he loves. 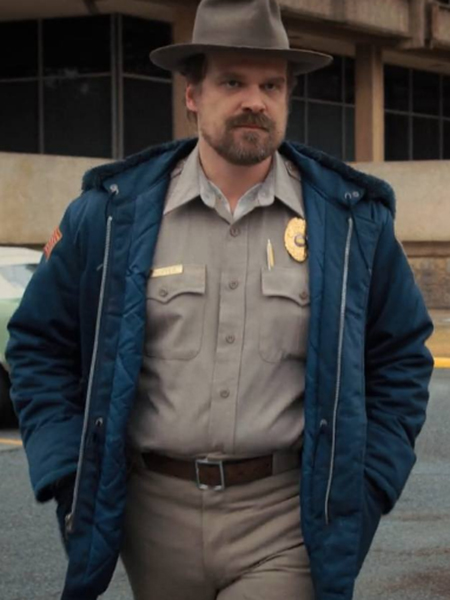 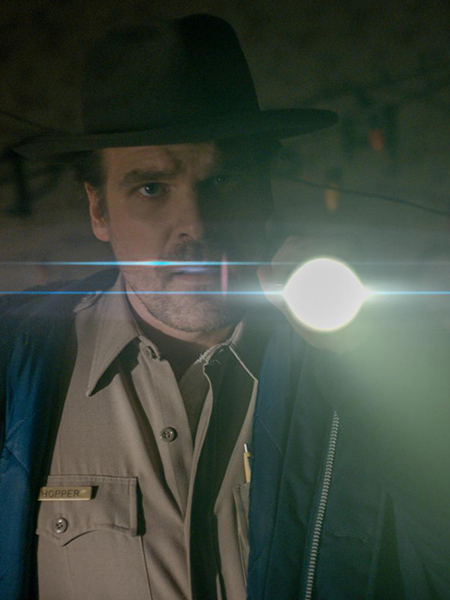 Hopper sheds light on the situation

For this new version of the character, Hopper is shown in his sheriff’s outfit: brown pants, a beige shirt and a blue jacket with a badge on each sleeve. On his head, he is shown with his beard and moustache and his sheriff’s hat. In his right hand, he holds a flashlight, as seen in the scene where he descends into the city’s basement, which he suspects of being invaded by plants from the parallel world of the Upside Down. 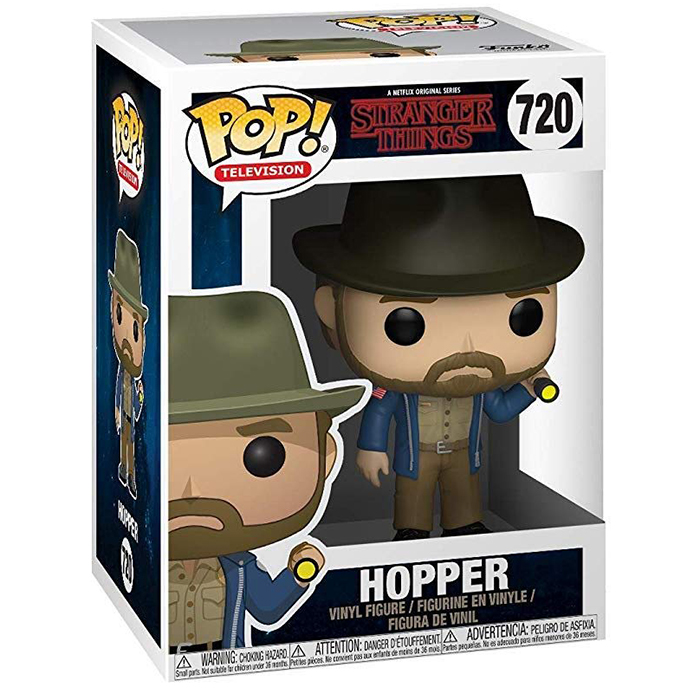