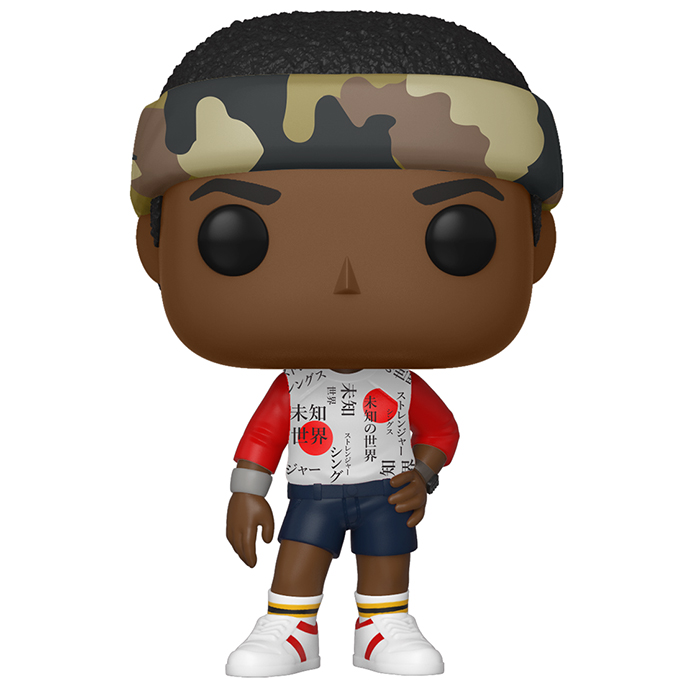 Lucas is one of the main characters in the series Stranger Things set in the small American town of Hawkins in the 1980s. In season one, Lucas was the one of the gang who was most suspicious of Eleven and thought she was hiding something from them, and he wasn’t completely wrong since she was the one who unintentionally opened the passage to the Upside Down. But he eventually accepted her completely and, like everyone else, thought she was dead after she fought the Upside Down monster, allowing Will to be saved by Hopper and his mother. In season two, Lucas was one of those who had insisted that Max, the newcomer from California, be part of the group. We also learned a lot more about Lucas’s family, especially his little sister who likes to make fun of her big brother and his friends. In season three, like the others, Lucas enjoys his first quiet summer in a long time but the animation brought by the new shopping mall and the funfair seems to coincide also with new strange phenomena. 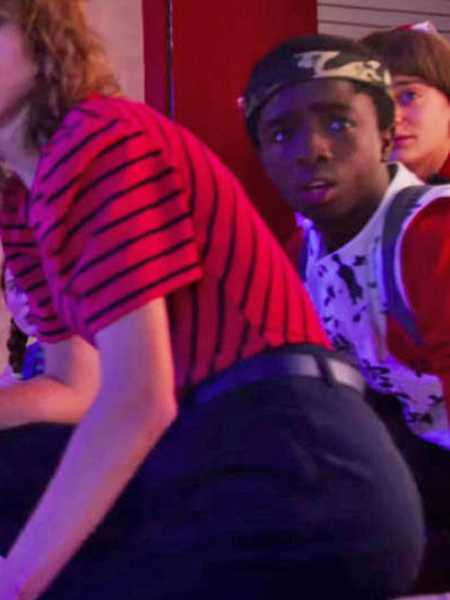 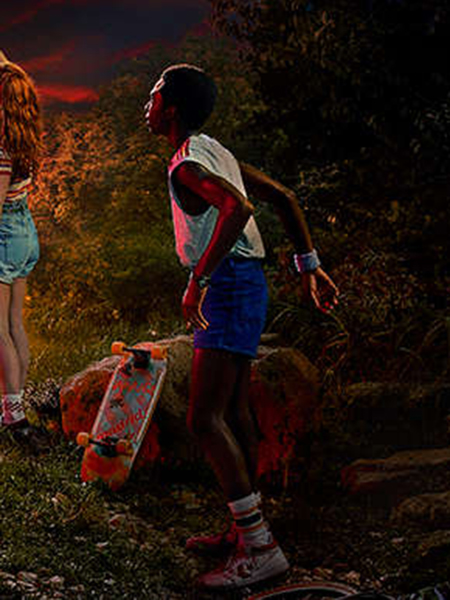 Lucas is shown here wearing the summer outfit that he is seen wearing in many photos. He is wearing dark blue shorts with a red long-sleeved shirt with Japanese characters printed on it. He is also wearing white sneakers with a small red stripe on each side and white socks. As always, we can see his brown skin as well as the camouflage headband in his hair which is a bit long in the fashion of the time. 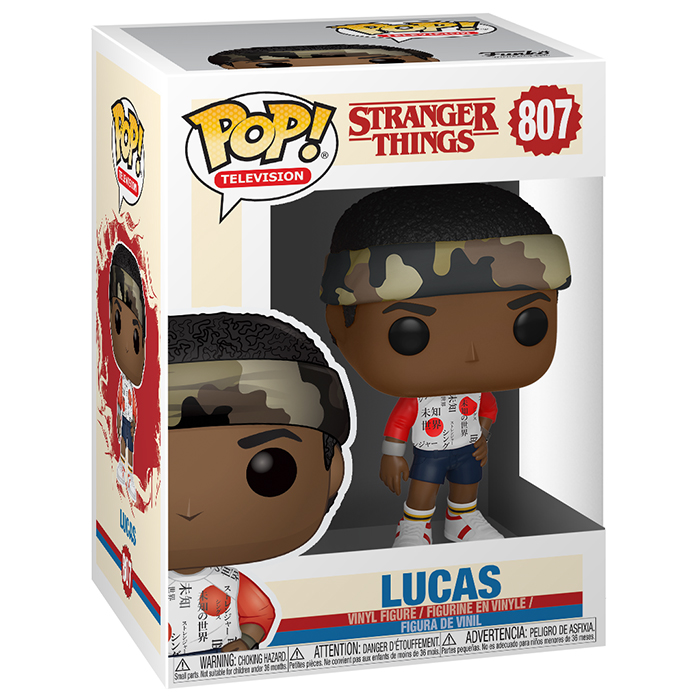