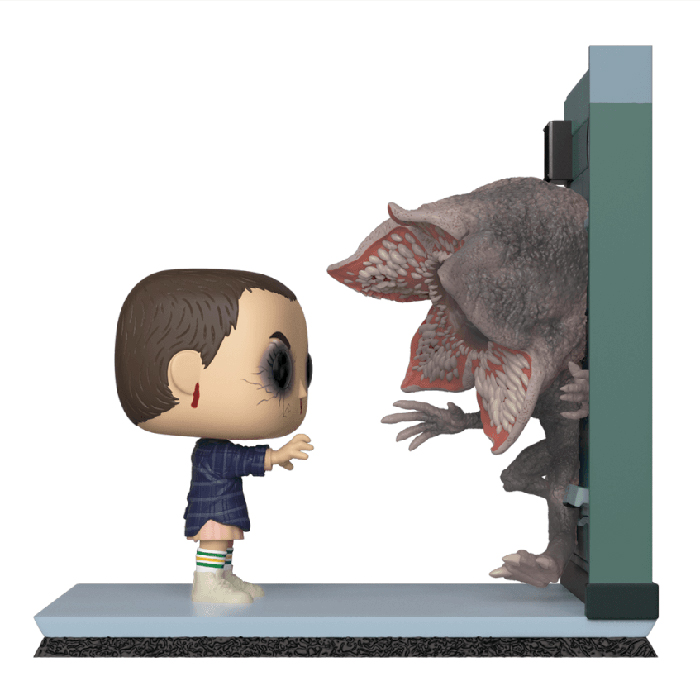 Eleven is one of the mysterious heroines of the Stranger Things series. At the beginning of season 1, she runs away from a secret laboratory and takes refuge in a diner. The owner feeds her but the girl barely speaks. We quickly realize that she is wanted by very dangerous people who are ready to kill to get her back and make sure that nobody knows her secret. Indeed, she seems to have telekinetic powers. She escapes again and comes face to face with Like, Lucas and Dustin who are looking for their friend Will, who mysteriously disappeared. They decide to take her in and help her hide. As the season progresses, we understand that Eleven, thanks to her psychic powers, has opened a rift to an ugly parallel dimension and released the monster that kidnapped Will. At the end of the season, it is thus also her who will fight him. 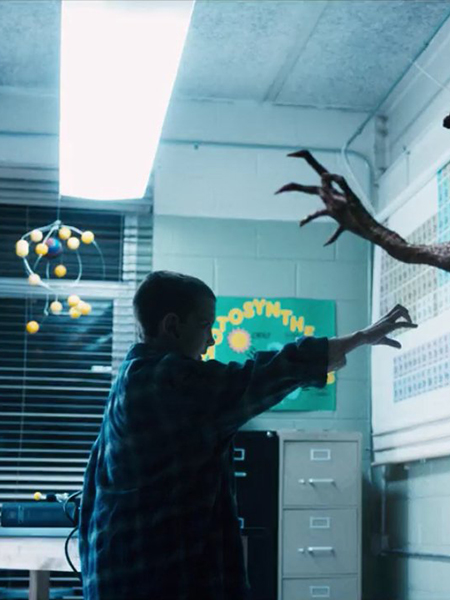 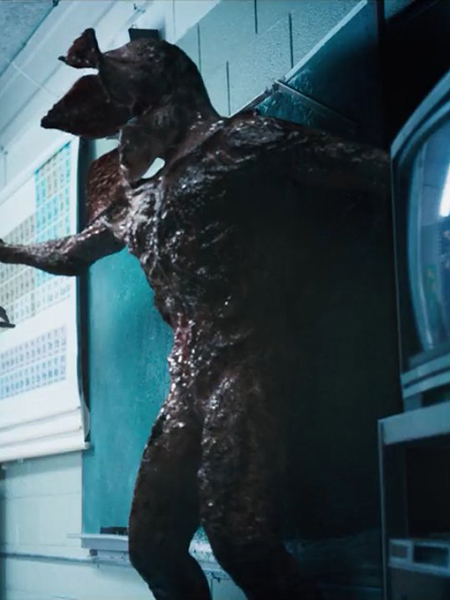 For this first movie moments Stranger Things, Funko has represented Eleven in this famous scene where she fights the Demogorgon in the boys school. The Demogorgon is passing between dimensions through a passage in the wall of a classroom, his hands in front and his horrible head looking like a carnivorous plant turned towards Eleven. The girl, meanwhile, is standing with her hands out in front of her, as when she is using her power. Her ears and nose are bleeding and the veins around her eyes are very prominent. She is wearing the pink dress and sneakers that Mike borrowed from his sister and the blue shirt he lent her. 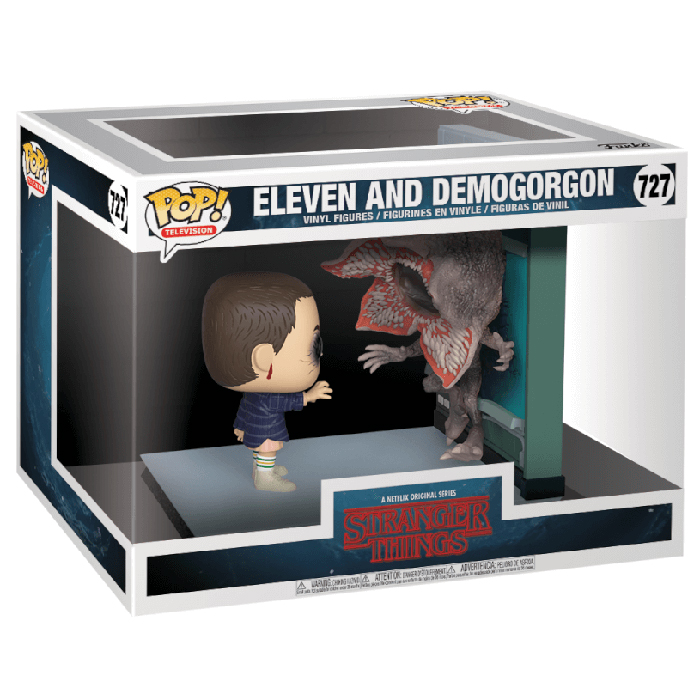