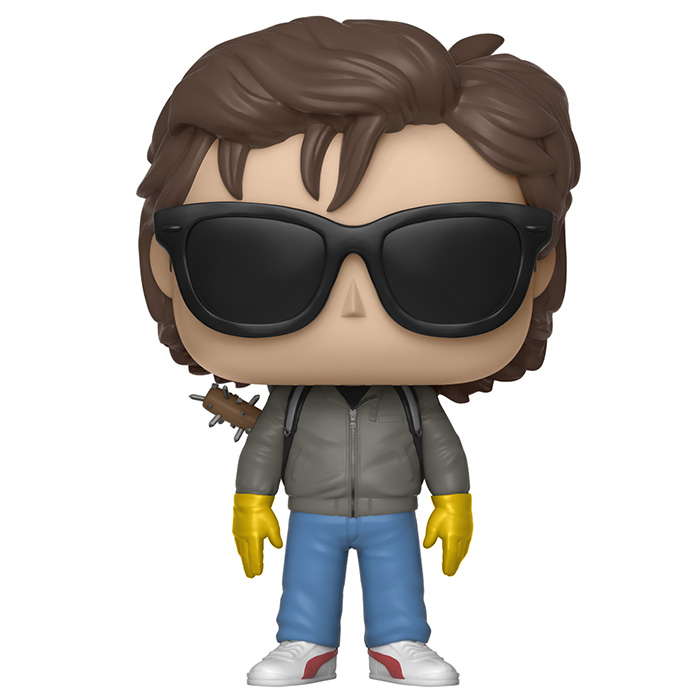 A character that gets better

Steve has become one of the most beloved important characters in the Stranger Things series after a rocky start in season 1. In fact, in season 1, he is the popular and shallow boyfriend of the very smart Nancy but after the events of the end of the season, he has become kinder and more likable. At the beginning of season 2, he and Nancy break up and as events unfold, he finds himself helping Dustin and then the rest of his group of friends when he realizes that Dart, the funny creature he found and kept, has grown up and is becoming a demogorgon and that he has also run away from his basement. Steve is quite understanding when he realizes that Nancy is now dating Jonathan and he will be willing and brave to help the group of teenagers when they decide to go and help Eleven who is going to close the rift to the Upside down. 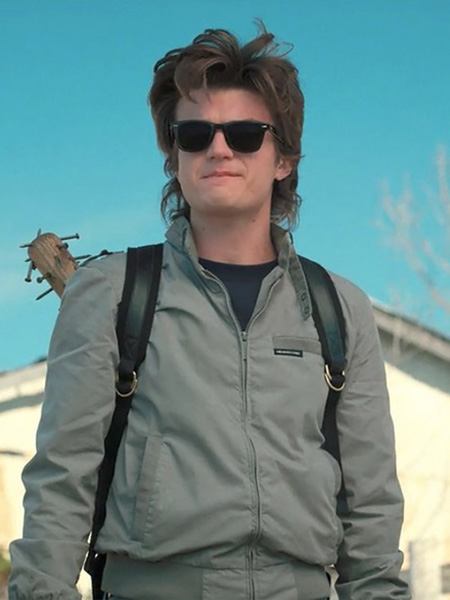 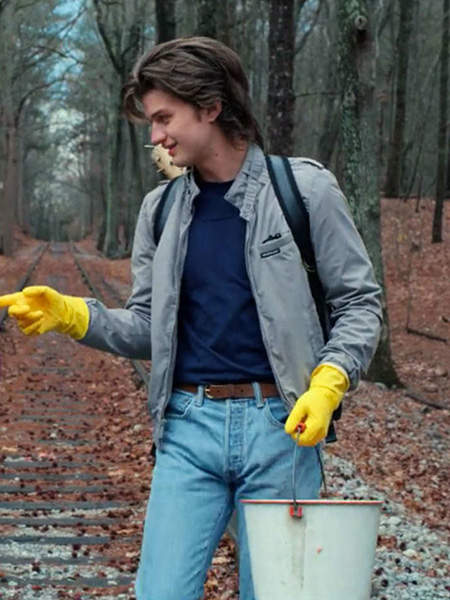 Steve is shown here wearing the outfit he wears when he goes into the tunnels under the city to lure the demogorgons and buy Eleven some time. He’s wearing yellow cleaning gloves and sunglasses to protect himself as best he can, and he’s also wearing his famous baseball bat studded with nails to defend himself. Apart from that, his look is still very typical of the 80’s with his blue jeans, his white sneakers with red stripes as well as that very voluminous haircut. 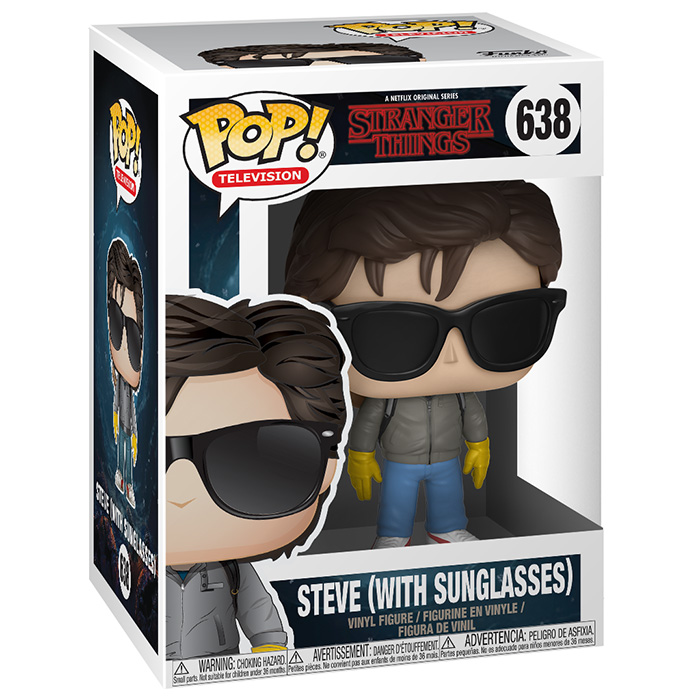