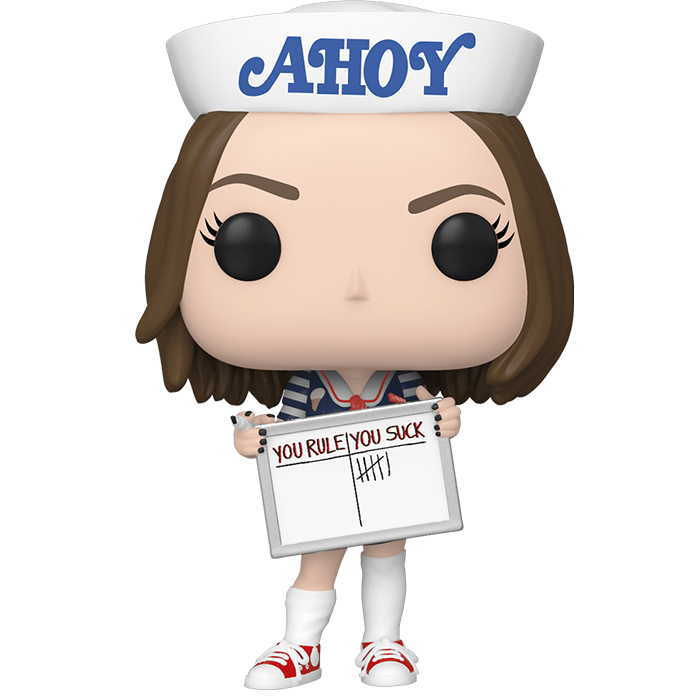 Robin is a new character appearing in season three of Stranger Things. She works at the mall’s ice cream shop with Steve, who has decided to work rather than continue his studies. Both are not very motivated by their work and spend, for lack of a better word, their days teasing each other, Robin in particular having fun noting on a board Steve’s failed attempts to hit on customers. But it is then that Dustin returns from holiday camps and that, thanks to the radio he made, picks up mysterious messages in Russian. He then embarks Steve in his adventure to understand what is going on and Robin, having nothing better to do, joins them. Thanks to her keen sense of hearing, she manages to decode the message in Russian and the three companions set off in pursuit. 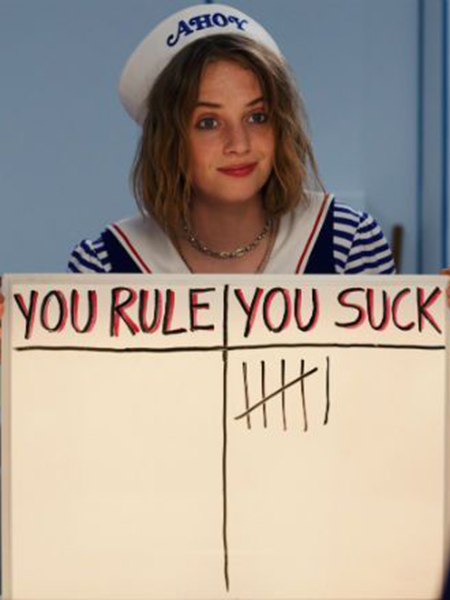 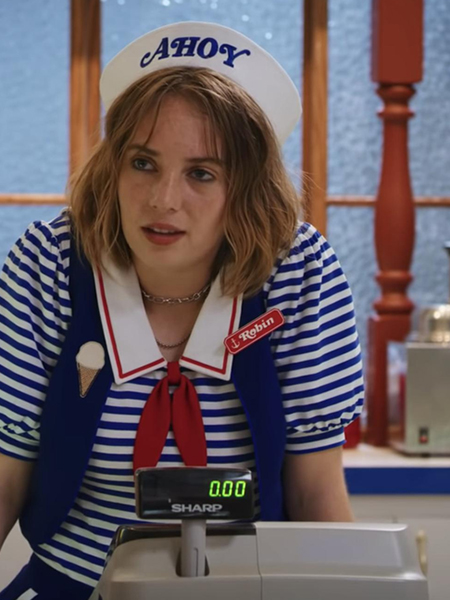 So Robin is pictured here in the outfit she wears to work, a blue sailor outfit with a small white collar and striped sleeves. She is also wearing high white socks and red Converse sneakers. On her head, we find her brown hair cut in a square and the little sailor hat on which is written “Ahoy”. Finally, she is holding the white marker board on which she keeps track of the scores between her and Steve. 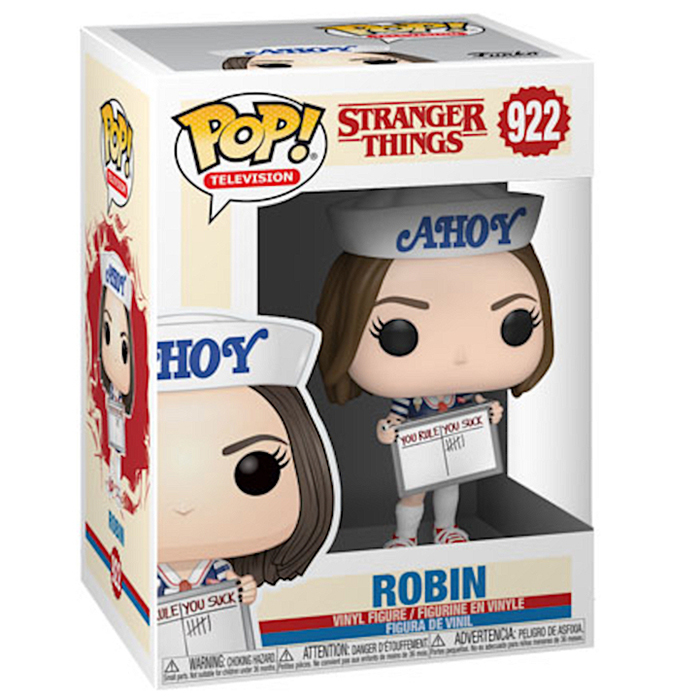