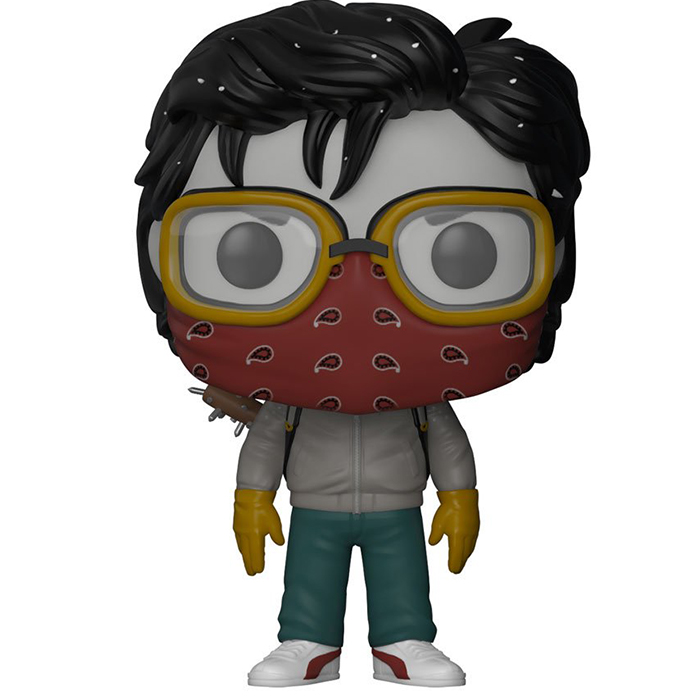 A jerk who became the good friend

Steve is one of the important characters in the Netflix series Stranger Things and probably the one who has evolved the most since the series began. In season one, he was Nancy’s new boyfriend, the quintessential popular boy in high school while Nancy was more among the serious and studious students. When Beverly, Nancy’s friend, is also kidnapped by the demogorgon, Steve is not much help and he is also very jealous of her friendship with Jonathan, Will’s older brother, the other boy kidnapped by the demogorgon. Together, they decide to go fight the demogorgon and when Steve is finally made aware of what’s going on, he ends up trying to help them. At the beginning of season 2, Nancy is still dating Steve but it’s not going very well and she ends up leaving him, finally turning to Jonathan with whom she has much more in common. Steve takes it less badly than one could imagine and he finds himself on his side helping Dustin when he needs help, even becoming a kind of mentor for the young boy, at least as far as girls are concerned. 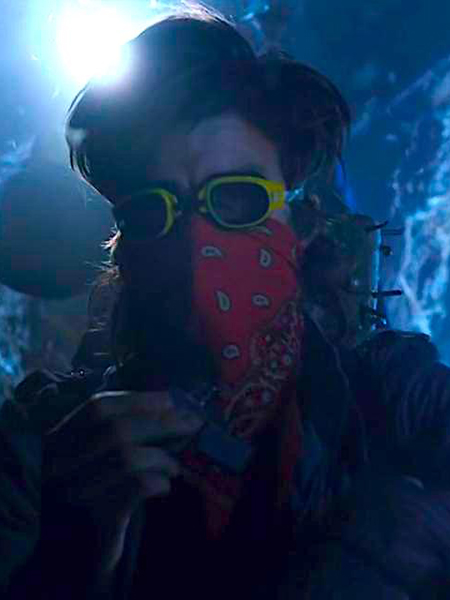 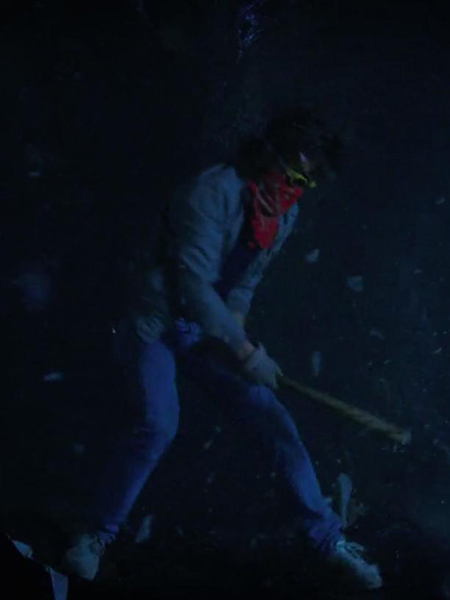 For this Hot Topic exclusive figure, Steve is shown wearing the impromptu protective outfit he wears when he accompanies the teens to the Upside Down Rift to distract the demogorgons and give Eleven a chance to successfully close the rift. He wears green jeans with a grey jacket and sneakers, but more importantly, he wears a red bandana to protect his lungs from the toxic air and goggles over his eyes. He also wears yellow gloves and his famous baseball bat reinforced with nails. Finally, his skin is tinted grey and his hair is partially covered with dust to reproduce the atmosphere of the Upside Down. 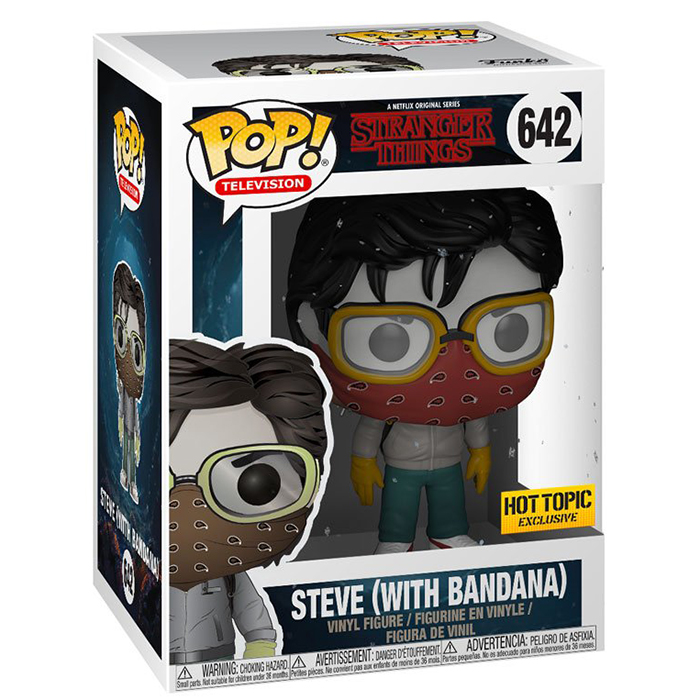