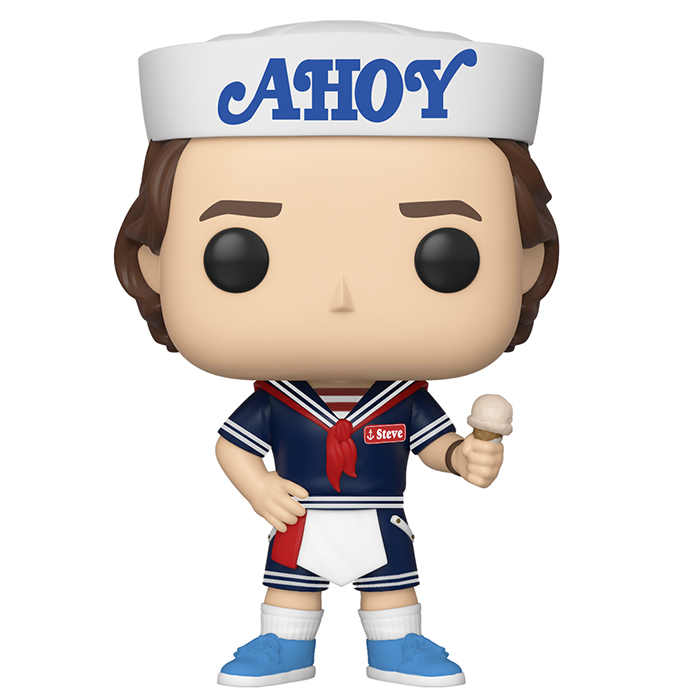 Steve is a character in the Stranger Things series that has become more and more important over the course of the series. This is probably due to his evolution which makes him more and more sympathetic. At the beginning of the series, he was the superficial boyfriend of Nancy, the older sister of one of Will’s friends, the missing boy who will trigger the whole story. If he is rather hateful at the beginning and will misbehave with Jonathan, Will’s brother and friend of Nancy, he will finally make up for it and join the fight during the last episode. In season two, Nancy will break up with him and Steve will find himself chasing the baby Demogorgon with Dustin whom he will finally get closer to and adopt as a kind of protective big brother. In season 3, we find Steve at the shopping mall where he found a job in the chain of ice creams Baskin Robbins. But the opening of this big mall seems to coincide with the return of the creature of the Upside Down who had perhaps never left in his parallel world. 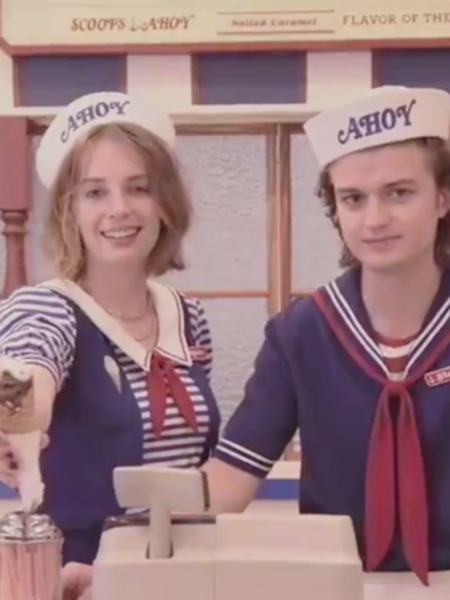 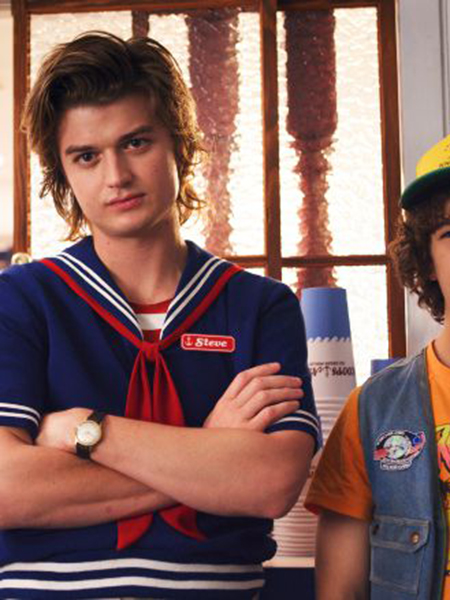 Steve is shown here wearing the outfit he wears to work. It’s a typical sailor’s outfit, a bit retro, consisting of shorts and a navy blue t-shirt with white stripes on the edges and a small red scarf around his neck. He also wears a small white apron and a sailor hat with the word “AHOY” written on it. On the head, we find his hair, usually voluminous, hidden under this famous hat. Finally, he holds a cone with a scoop of ice cream in his hand. 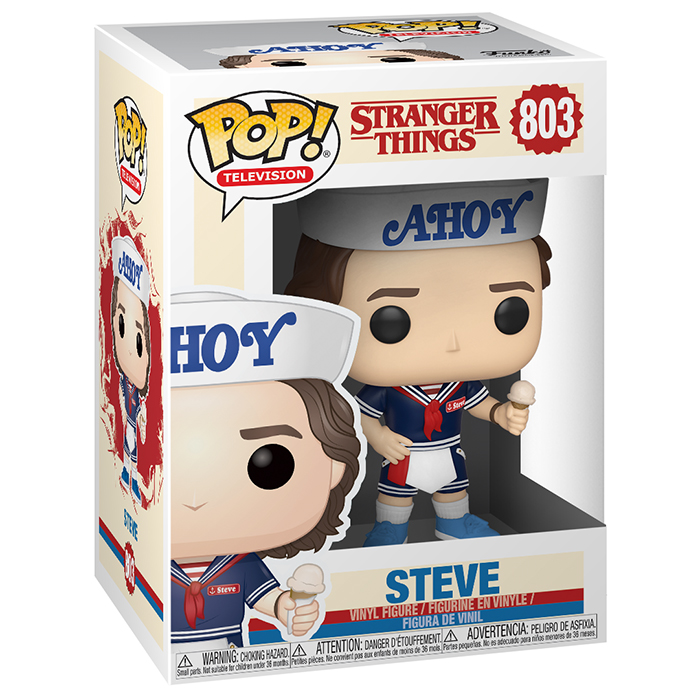