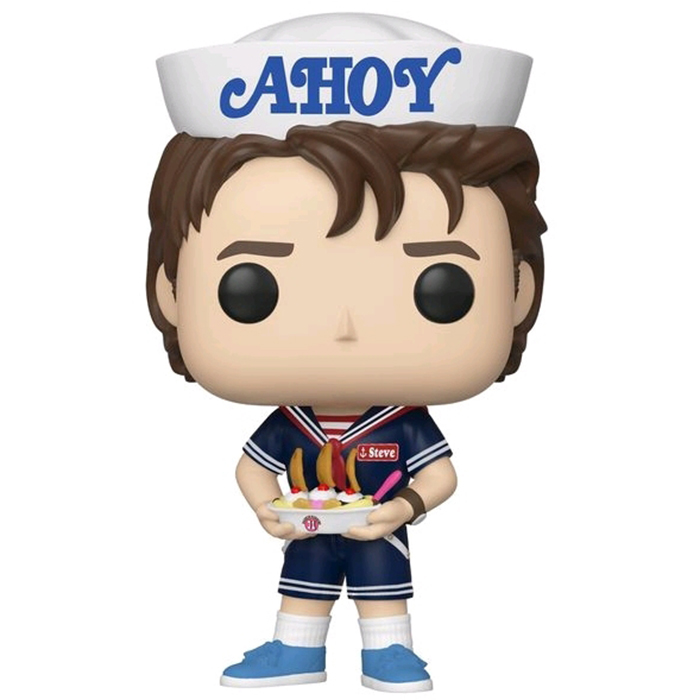 A new and unexciting life

Steve is one of the main characters in the Stranger Things series, and one of the most evolved since the beginning. In season 1, he was Nancy’s somewhat shallow boyfriend who acted like the cliché of the insufferable popular boy. After being confronted with The Upside Down and his own stupidity at the end of season one, he began to change. In season two, Nancy breaks up with him and he develops a surprising friendship with Dustin who needs his help when none of his friends are available. In season three, Steve works at Scoops Ahoy, an ice cream shop in the new Hawkins Mall. He’s bored stiff with his co-worker Robin, who keeps herself busy by making fun of him and his failed attempts at dating. But the things will become more interesting when Dustin returns from holidays and asks again for help to transcribe messages in Russian which he picks up with the radio he made. Against all odds, Robin but especially Erica, Lucas’ annoying little sister who spends her time at the ice cream shop, will get involved. 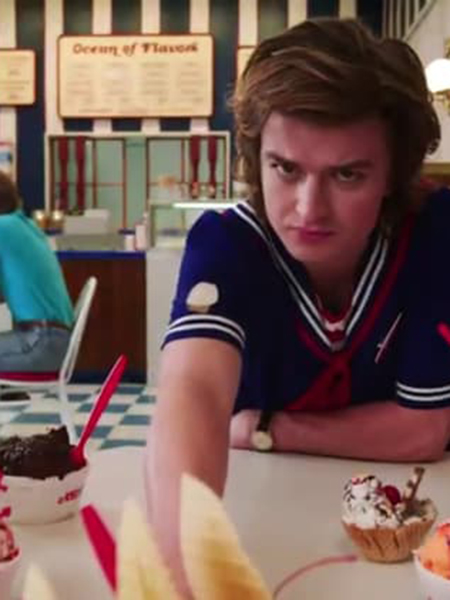 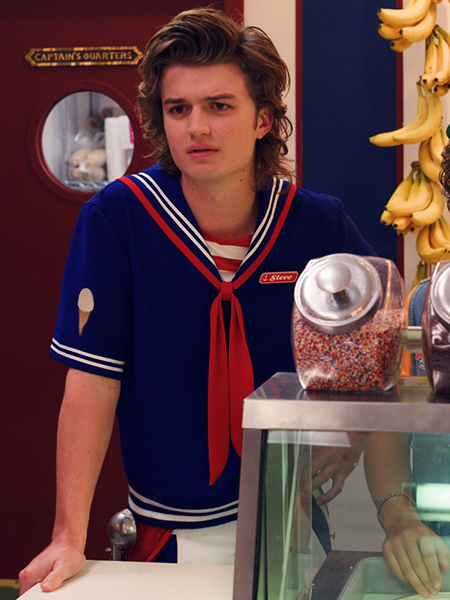 For this exclusive version of Steve, Funko depicted him in his uniform that he wears all season and holding an impressive cup of ice cream in his hands (the one he’ll make for Erica when they need his help). So his sailor uniform is blue with white stripes on the edges of the sleeves and the bottom of the shorts and he wears a sort of scarf around the collar. He also wears small blue sneakers and, at the level of the head, we find his brown hair as well as his small white sailor hat on which is written “Ahoy”. Finally, he is holding the huge bowl of ice cream on which we find bananas, whipped cream and fruits. 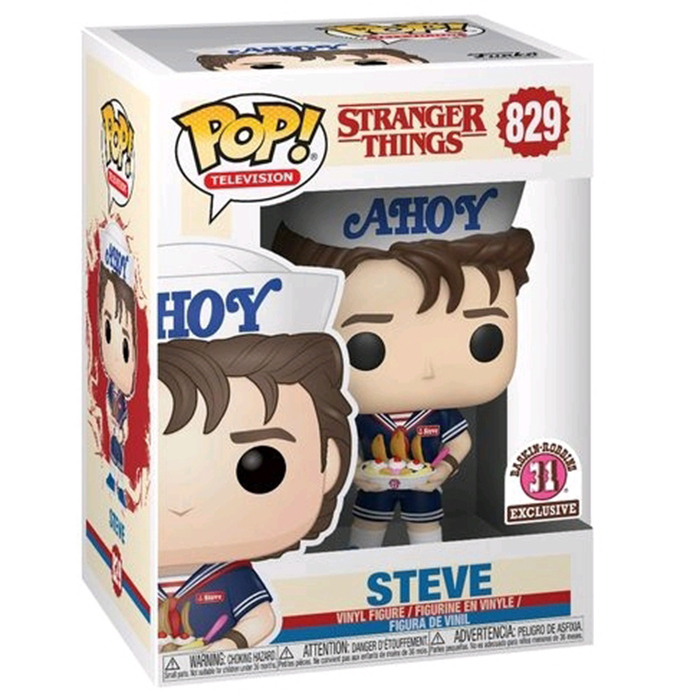