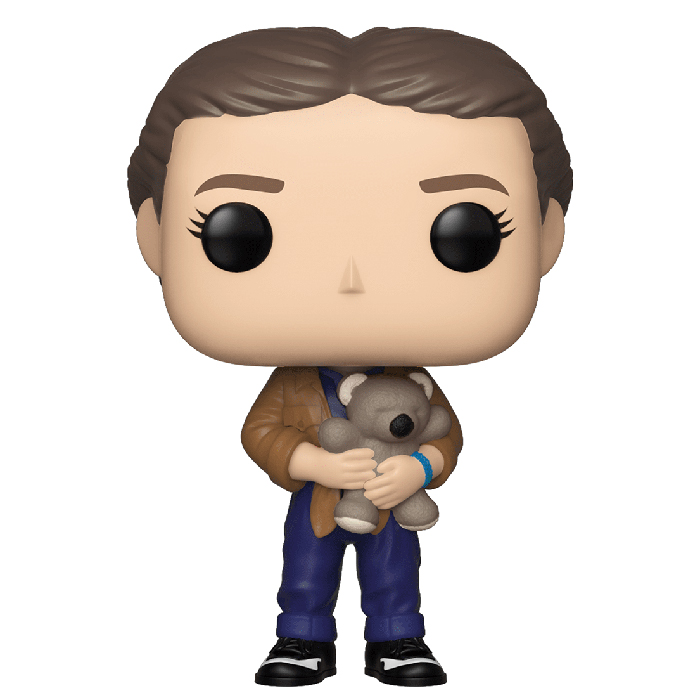 Eleven is one of the central characters in Netflix’s cult fantasy series, Stranger Things. After growing up in a lab and then being responsible for opening the passage to the Upside Down and finally closing it in season two, Eleven has a new, almost normal life in season three. She still doesn’t have as much freedom as her friends due to the government members possibly still looking for her, but she spends the summer discovering a normal life with her friends and boyfriend Mike. She also discovers that there can be arguments in groups of friends and that as you grow up you can grow apart. While spending an evening with Max having fun spying on people with her psychic power, she discovers that Max’s brother Billy is not in his right mind. As they try to investigate, they will realize that this most likely has something to do with the Upside Down. 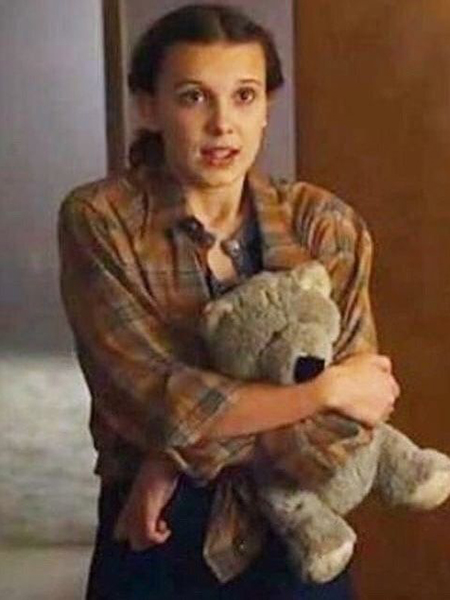 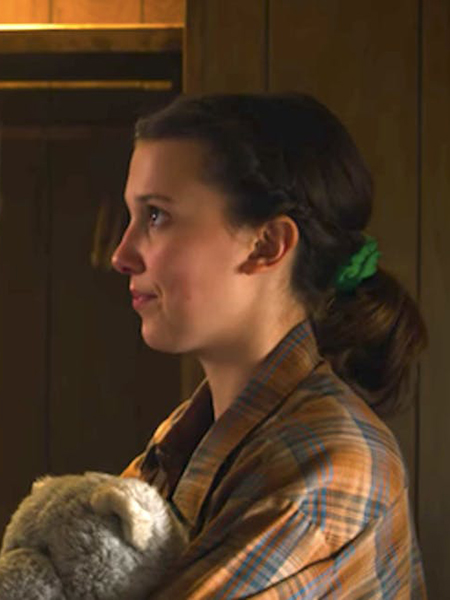 Eleven was shown here at the end of the last episode of the season when the Byers family is packing up to move and, now living with them, Eleven attends and finds a teddy bear. It’s an old gray bear with both eyes missing that Eleven holds in her hands. She is also wearing blue pants with rolled up bottoms with black and white shoes and a brown shirt tied at the waist and worn over a blue t-shirt. On her head, her bobbed hair is styled in an African braid at the back of her head. 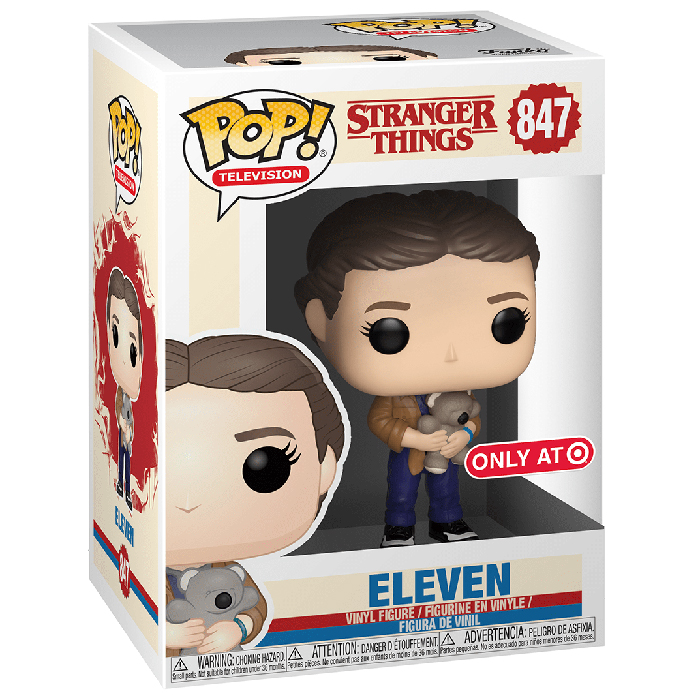